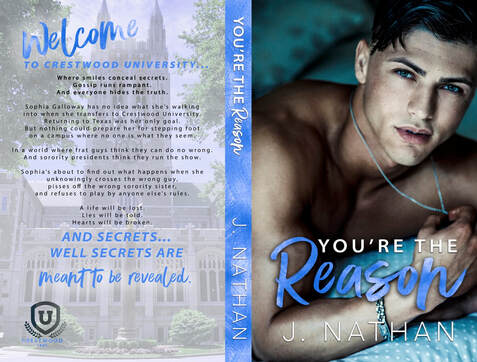 Sophia Galloway has no idea what she’s walking
into when she transfers to Crestwood University.
Returning to Texas was her only goal.
But nothing could prepare her for stepping foot
on a campus where no one is what they seem.
In a world where frat guys think they can do no wrong.
And sorority presidents think they run the show.
Sophia’s about to find out what happens when she
unknowingly crosses the wrong guy,
pisses off the wrong sorority sister,
and refuses to play by anyone else’s rules.

A life will be lost.
Lies will be told.
Hearts will be broken.
And secrets...well secrets are meant to be revealed.

Is there anyone she can trust?