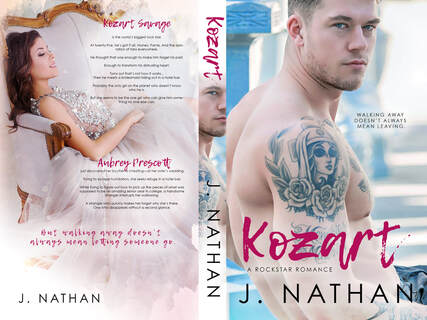 AMAZON US
AMAZON UNIVERSAL
Kozart Savage is the world's biggest rock star. At twenty-five, he's got it all. Money. Fame. And the adoration of fans everywhere. He thought that was enough to make him forget his past. Enough to transform his distrusting heart. Turns out that's not how it works...Then he meets a bridesmaid hiding out in a hotel bar. Probably the only girl on the planet who doesn't know who he is. But she seems to be the one girl who can give him something no one else can.

College senior, Aubrey Prescott, is trying to escape humiliation. While drowning her sorrows in a hotel bar, she meets a handsome stranger. One who quickly makes her forget why she's there. One who, after an unforgettable night, disappears without a second glance.
​
But you know what they say about things that disappear...
They eventually reappear when you least expect them to.
Pinterest Board